Autocares Molist S.L. has always been involved in transport. The company dates back to 1924, when Mr. Segimon Molist i Portet, father of the current owner, bought his first taxi in Tona (40 miles out of Barcelona, Spain).  Gradually he built up a fleet of 9 coaches, several taxis and 3 garages, which were confiscated at the beginning of the Spanish Civil War and never recovered.  The defining moment in the evolution of the present day company was the purchase of the company’s first coach in 1949. 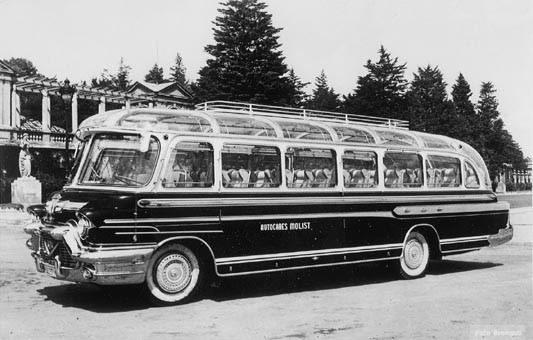